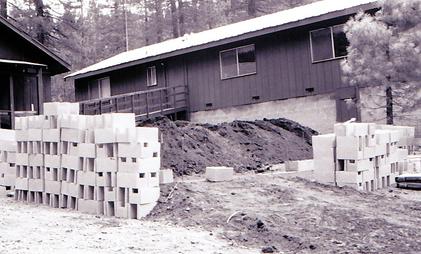 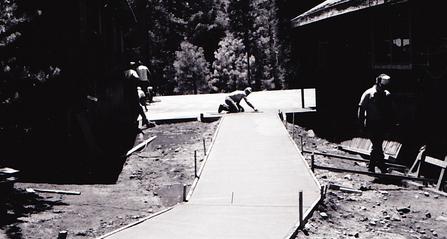 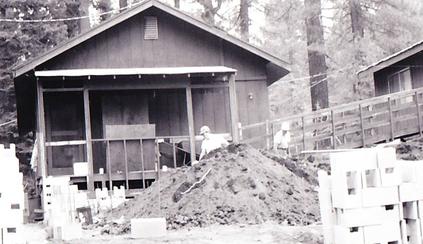 Christian Berets Inc. was founded in 1970 by Don Crooker as a non-denominational, non-profit ministry to people with special needs.  At that time, there were few non-profits that focused on serving the disabled.

In 1971, Don Crooker and the Board of Directors decided to build a camp in the Sierra Mountains. Land was purchased in Long Barn from Jess and Laura Wirth.

For years, the Wirth family had hoped to sell their land for the development of a Christian camp. By God’s grace and the Wirth's generosity (they returned all payments made by Christian Berets to them as donations designated for the purchase of the land!), that vision became a reality.The camp in Long Barn was ready for guests in June 1973.

Months later, the Wirths shared that 35 additional acres of their land was available for sale near  Mi-Wuk Village, which they  generously offered to sell with a one-year option for one dollar. The Board decided to purchase this property for a larger camp site.

In 1981, Mary Greybell, who owned the frontage on Highway 108, donated ¾ of an acre to provide better access to the camp property.

Twelve years later, the Board accepted an offer on the sale of the Long Barn camp, which led to a groundbreaking ceremony on the 35 acres purchased for a new Conference and Retreat Center.

In 1995, construction began on a recently acquired 11-acre parcel adjacent to the other 35 acres. The 6,000 square foot building  was designed to sleep about 50 guests and provide a multi-purpose room.

The first building (Meadowview Lodge) was dedicated in May 1996. It was built fully accessible (ADA certified) and was a big improvement over the rustic cabins in Long Barn. In May 2000, Wirth Lodge was completed and dedicated. These two lodges now provide 90 beds for our Summer Camps and guest groups.

In 2007, the Board approved a recommendation by Staff to rename the facility in Mi Wuk Village. Its new name was Whispering Pines Conference and Retreat Center.

In 2012 the Board approved a recommendation to change the facility name back to the original name, Christian Berets Conference and Retreat Center.